Universiti Sains Islam Malaysia (USIM) or formerly known as Islamic University College of Malaysia (KUIM) is the 12th Public Higher Education Institution (IPTA) in Malaysia. KUIM was approved by the Cabinet on 11 June 1997 and made public on 13 March 1998. KUIM started its operations in January 2000 at 5th Floor, Faculty of Islamic Studies Building, Universiti Kebangsaan Malaysia, Bangi. 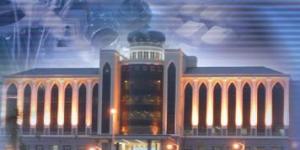 The first enrolment for KUIM began on 18 June 2000 in our temporary location at Institut Professional Baitulmal (IPB), Kuala Lumpur. In January 2002, KUIM moved to another temporary campus in Tower A and B, Persiaran MPAJ, Pandan Indah, Kuala Lumpur. Currently, KUIM is operating in stages at a permanent campus in Bandar Baru Nilai starting 15 July 2005. KUIM was officially upgraded to USIM on 1 February 2007, in line with the government’s aim to upgrade the development of higher education to an international level.

Among the objectives of the establishment of USIM are to uphold and enhance Islamic studies, bring Islamic Studies into the national main education stream, emphasize the use of information technology in education and research systems. Focus is also put in mastering Arabic and English language as well as the national language.