How Islam & Democracy Can Support Each Other

By Samuel Potter Available at: http://www.bloomberg.com/news/2013-06-05/goldman-breaks-drought-with-saudi-property-bond-islamic-finance.html

Goldman Sachs Group Inc. (GS), whose shariah-compliant bond program was questioned by Islamic scholars in 2011, led its first sukuk in more than three years after helping a Saudi property developer raise $450 million. The bank was a lead arranger on Dar Al Arkan Real Estate Development Co. (ALARKAN)’s sukuk on May 21, reforging links with the Riyadh-based real estate company after helping arrange the sale of its $450 million five-year bonds in February 2010.

The New York-based bank is seeking to catch up with U.S. competitors as demand accelerates for securities that conform to Islamic principles. Global sales reached a record $46.5 billion last year, according to data compiled by Bloomberg, while issuance has increased 4 percent to $18.3 billion in 2013. Citigroup Inc. (C) and Morgan Stanley (MS) are U.S. banks that have appeared among the global top 10 underwriters for Islamic bonds in the last five years, according to data compiled by Bloomberg.
“This is an area of growing importance as a source of funding” for borrowers, Martin Weber, head of debt capital markets for Europe Middle East & Africa growth markets at Goldman Sachs, said by phone yesterday. “Our presence in the region and connectivity with local issuers has gone up. You have seen us on Dar Al Arkan, and there is going to be more.”

Islamic financial assets could more than double by 2015 to as much as $3 trillion, Standard and Poor’s said in September. Emerging market sukuk have returned 0.3 percent this year, according to the HSBC/NASDAQ Dubai Sukuk Total Return Index. That compares with a loss of 1.9 percent for debt in Bloomberg USD Emerging Market Composite Bond Index. (BEM)
Dubai Electricity & Water Authority secured more than $5 billion of bids for the $1 billion of Islamic bonds it sold in February. Islamic Development Bank, the Saudi Arabia-based multinational lender, last week received $1.5 billion in bids for $1 billion of securities as it paid the lowest yield of the year.

“The Islamic industry is growing faster than conventional, so every financial institution is looking at it,” Afaq Khan, chief executive officer of Standard Chartered Saadiq, said by phone this week. “If clients are demanding Shariah-compliant solutions, you must develop accordingly.”

Goldman in 2009 helped arrange the sale of GE Capital’s $500 million Islamic bond, ranking it 24th on the list of global sukuk underwriters. The bank was 17th in 2010.
“International sukuk issues, which is where houses such as ours would historically add value, had better times three years ago,” said Weber.
Goldman has yet to issue from its own $2 billion sukuk program. The sukuk, blessed at the time by eight of the world’s top scholars, was criticized by some Islamic advisers for not ensuring the debt would be traded at par value as mandated by Islamic law. Advisers including Riyadh-based Mohammed Khnifer of Edcomm Group Banker’s Academy in New York also said it’s unclear how Goldman will use the funds it raises.
“A lack of product and industry knowledge could up-end the essence of Shariah-compliance,” Hatim El-Tahir, director of Deloitte’s Islamic Finance Knowledge Centre, said by e-mail this week. “It could threaten the risk-return profile of both industry and product.”

Banks “need to see a buoyant product, and right now that is sukuk,” Rizwan Kanji, Dubai-based partner at King & Spalding, said by phone this week. “That is what is driving these players.”
JPMorgan has hired a “big name” in Hussein Hassan, former global head of Islamic structuring at UBS AG (UBSN), which proves the bank’s commitment to the industry, Kanji said.
BofA Merrill Lynch was a lead manager as Asya Katilim Bankasi AS (ASYAB) raised $250 million in Tier 2, 10-year bonds on March 28. The issue was the first of its kind from Europe, Turkey or the Middle East, King & Spalding said. Kanji worked on the deal.
“BofA Merrill Lynch has done a lot of conventional issuance in Turkey,” said Kanji. “The bank has played to its strengths to build an Islamic platform.” Spokesmen for JPMorgan and BofA Merrill Lynch weren’t available for comment.

Increased competition in the industry could work in banks’ favor, said Standard Chartered (STAN)’s Khan, as lower fees increase the chances borrowers will come to market and more banks means a greater profile for the Islamic industry.
Forty-three banks have underwritten global sukuk sales this year, compared with 30 in the year-earlier period, according to data compiled by Bloomberg. Forty-four companies and governments have sold Islamic bonds, up from 36 in the year-earlier period.
“The more people we have talking about a product and Islamic solutions to their clients, the deeper the market becomes,” said Khan. “So while a few fees may go down, the absolute size of the market will increase.” 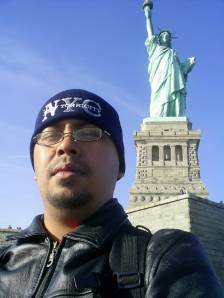 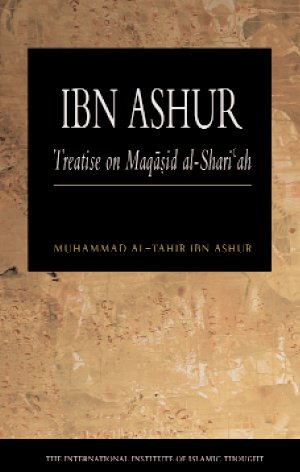