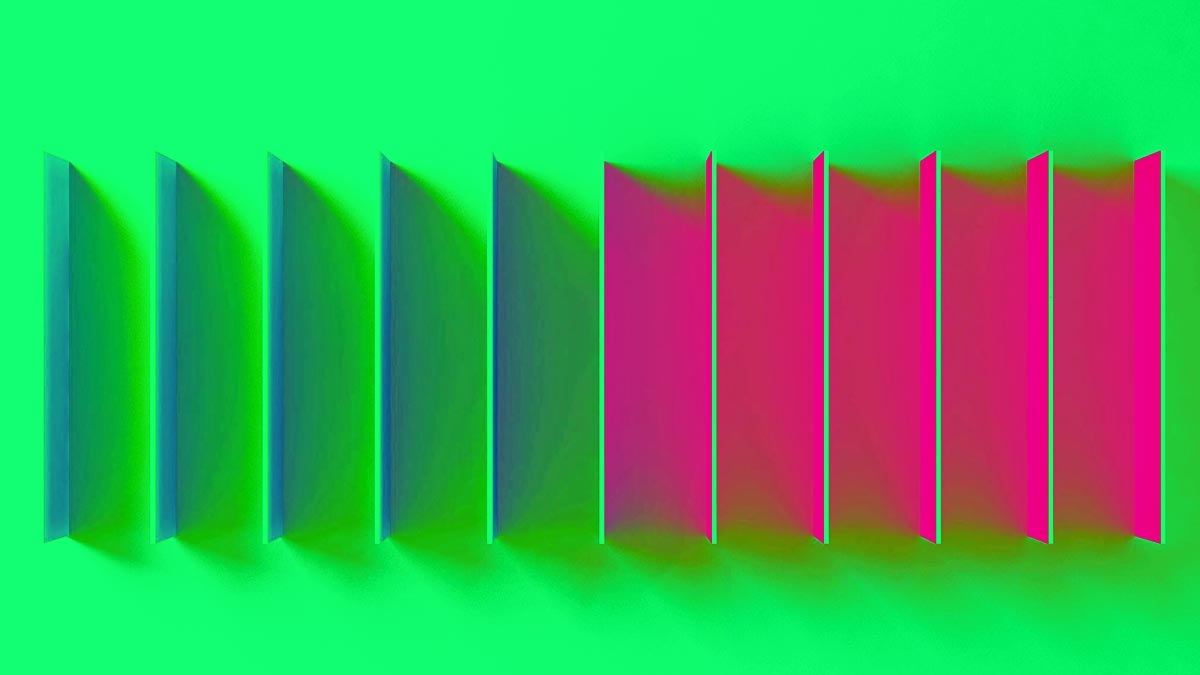 Despite rapid innovations in data processing and machine learning, many businesses have yet to make the leap from the Industrial Age to the information age, and the gap between technological and organizational progress is widening. Closing this gap requires much more than short-term fixes, like adopting new technologies. Businesses need to organize around long-term strategies for growth and partnership in a sustainable way. The consequences for not doing so can be dire.

Eastman Kodak is the textbook case for failing to prioritize an innovation agenda; business schools around the world study the ramifications of the company’s ill-fated decision to ignore the digital photography market until it was too late. It’s far from the only case of a failure to embrace a more digital approach; the larger shift to digital is changing the way every industry operates. Some industries, like photography and media, were impacted earlier. Others, like financial services, are only now experiencing this change in earnest. The common thread in each instance is that a failure to recognize signals and prioritize innovation over short-term profits before it’s too late can have existential ramifications and cause negative ripples throughout broader capital markets.

The Future of Financial Services

The financial services industry, a traditional laggard in technology adoption, is just now entering the digital phase. Signals abound: Fintech companies are launching at unprecedented rates, with improved user experiences and more-transparent practices. Banks are feeling the crunch; according to McKinsey, legacy financial institutions will see profits decline 20%–60% by 2025 if they fail to evolve digitally. Startups alone won’t fill that vacuum: Stewards must emerge from the old guard of financial services.

The current innovation model in the finance sector is designed to generate the highest possible short-term returns. But investors and entrepreneurs in financial services will need to rethink those timelines if they want to be successful going forward; it’s unrealistic to expect the same hockey-stick growth as startups such as Slack or Airbnb. Vanguard might be a runaway success in the market, with 20 million investors, but its success has been more than 40 years in the making. Taking a long-term view — planning for a viable business in the next decade, rather than the most profitable one in the next quarter — is the only way forward for financial services businesses. The industry involves such scale, regulatory intricacy, and organizational inertia that making substantive change will take time.

CEOs will need to shift their mindset now if they want to avoid their own “Kodak moment.” Embracing innovation requires unconventional capital allocations that won’t always yield short-term profit but that can lead to exponential growth in the long run. It may not be a popular platform to adopt in the boardroom, but it’s imperative for the future of financial services firms.

Recent actions by certain financial services firms — notably Goldman Sachs — give reason for hope. Beyond simply launching an “innovation lab” or investing untold sums in established startups, Goldman Sachs is prioritizing an innovation agenda over short-term growth. Its recent launch of Marcus, an online retail bank, is a particularly promising signal. While Marcus is far from profitability, Goldman has acknowledged its intention to stick with this model, recognizing that its existing playbook is not going to sustain another century of growth.

Keep in mind that financial technology is a commodity. Anyone can acquire new technology. The true differentiator in financial services will come from having the vision and ability to execute change in this new landscape. Financial institutions need more technically adept, visionary talent if they are to survive the shift to the digital age and take the kind of risks necessary for long-term success. But instead of recruiting new talent, many of these institutions are losing people to the tech industry. Ninety-five percent of the banks surveyed by law firm White & Case said they will buy or invest in emerging technology companies in the next 18 months. But many are doing so for the wrong reasons, purchasing technology when they should be focusing on real innovation.

The institutions that successfully cross the digital divide will invest in leaders who are building companies for the next 50 years, rather than for the next three to five years. This focus on people is key. For example, PayPal’s acquisition of Braintree didn’t just help the company modernize its online payment portal; Bill Ready (who was formerly CEO of Braintree) is now actively leading change and positioning PayPal for the future as the company’s COO.

Similarly, an incumbent doesn’t need to acquire an up-and-coming startup due to vastly superior technology or impressive growth numbers, both of which it can likely replicate with the requisite investment of time and capital. Rather, it should look to make such an acquisition for the dynamic leader at the helm, who likely has a more pro-innovation agenda and greater tolerance for short-term failures in the pursuit of longer-term goals. This simply isn’t in the DNA of most financial institutions, but it’s sorely needed. It’s for this reason that one can reasonably expect Vantiv’s recent move to acquire WorldPay Group — a deal that JP Morgan also reportedly pursued — as a signal for a broader rise in M&A activity in the financial services space in the coming months and years.

The Ecosystem Approach to Winning the Long Game

Innovation in financial services will happen in part through the diffusion of new revenue models and technologies, combining entrepreneurial ideas with institutional and operational expertise.

What’s needed is a concerted effort to invest in design thinking systems, and support for diverse and inclusive cultures that bring together people with divergent perspectives to share ideas and new approaches.

The financial services industry is still in the early stages of digital transformation. Some organizations have been quicker to embrace this shift, while others remain firmly entrenched in Industrial Age mindsets. Goldman Sachs falls into the former category, and is providing a model for industry peers to emulate. Beyond simply nodding to the need for greater innovation, it has begun to take a series of bold, decisive steps that are atypical of financial services firms companies. From elevating its former CIO to CFO, as it increasingly defines itself as a technology company rather than a financial services firm, to emerging as one of the most high-profile advocates of cryptocurrencies, it’s clear that the company is thinking in longer time horizons than quarter to quarter or year to year.

Some will follow this model and thrive, and others will fail to adapt and fade to irrelevance, but it will take some time until a clear picture of the new age of financial services emerges. Companies need to be laying the foundation for a more digital future now. This will require a willingness to accept short-term setbacks and, in some cases, sacrifice short-term profit, with a steady eye toward big-picture innovation goals (and with it long-term profitability).

Jeff Bezos encapsulated this philosophy best in the letter he sent to shareholders just before Amazon’s 1997 IPO:

We will continue to make investment decisions in light of long-term market leadership considerations rather than short-term profitability considerations or short-term Wall Street reactions…. We will make bold rather than timid investment decisions where we see a sufficient probability of gaining market leadership advantages. Some of these investments will pay off, others will not, and we will have learned another valuable lesson in either case.

It’s fitting that this conversation is happening almost 20 years to the day after the company’s public-market debut. While financial services firms were unlikely to give much credence to the thoughts of a little-known (at the time) tech entrepreneur, those thoughts contained sage wisdom — and are even more prescient today.

The Future of Islamic Finance