Islamic finance, in trying to become more popular, loses its firm roots in religion and ethics.

Since the start of the global economic crisis in 2008, financial education has been under increased scrutiny from those dissecting what went wrong. Who, after all, had trained the perpetrators of the crisis? Were the “masters of the universe” ever taught about ethics? And if not, why not?
Training in Islamic finance, which was already gaining in popularity pre-crisis, has grown from strength to strength, as it has developed a reputation as a haven of common sense and relative security in uncertain times.

At least two of the causes of the crisis – gharar (risk) and gambling – are banned by sharia (Islamic law).“Several of the ethical lapses which occurred in the financial sector are prohibited in Islam,” says Omneya Abdelsalam, the director of the El Shaarani Research Centre for Islamic Business and Finance and the director of the MSc in Islamic Finance at Aston Business School. “[The crisis] highlighted the resilience of Islamic banks.”

She says that religious beliefs, not limited to Islam, can help leaders be more responsible in business.
“The belief in God, and that absolute ownership of everything is solely His, brings with it an acute level of responsibility and accountability based on the notion of stewardship, which is equally placed on each individual, given that all mankind is believed to be equal before God.

“Such beliefs have a direct and powerful impact on the way business is conducted.”
This “notion of stewardship” or khalifa, common to all Abrahamic faiths but particularly central to Islam, overlaps considerably with corporate social responsibility and transparency, two areas that have enjoyed a post-crisis boom.

Dr Abdelsalam says khalifa manifests itself in Islamic businesses “through fulfilling social responsibility of the business to the best of its capabilities, including fair treatment of employees, care for the environment and customers, and fulfilling the obligation towards shareholders and other stakeholders, through wise use of financial resources”.

At Aston, the Masters in Islamic finance encourages students to think about ethics in every module, be it accounting, contract law, or conventional finance modules.

Cedomir Nestorovic, a professor of Islamic business and management at the Singapore campus of Essec, a French business school, agrees that Islamic finance courses need to address these issues.
He says: “A course about Islamic finance should not be teaching financial techniques alone. There must be a part dealing with religious and ethical issues, explaining the rationale behind the industry.”
Prof Nestorovic adds that elements such as marketing and management must also become more integral parts of Islamic courses, so that they increase their breadth.

“There is a trend to consider Islamic finance as a ‘cosmetic’ industry where products and services are conventional ones with an Islamic veneer, the only purpose to obtain clearance from thesharia board,” says Prof Nestorovic.
The danger is that Islamic finance, in trying to become more popular, loses its firm roots in religion and ethics.
Some Islamic scholars, adds Prof Nestorovic, “consider that Islam finance does not exist because riba (interest, banned under sharia) is embedded in contracts, even if it is not labelled as such”.
“There is also a certain disagreement between Islamic countries about the definition of a tangible asset and some accounting principles.
“All in all, there is a gap between what is taught and realities for a certain number of observers,” says Prof Nestorovic. 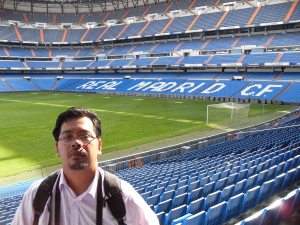 Facing the Crisis and Challenges with Cosmopolitan Mind

Envisioning the Futures of Muslim Societies