Should Erdogan Be TIME’s Person of the Year?

Red carpets, honor guards and gun salutes are for garden-variety visiting politicians and monarchs: for Recep Tayyip Erdogan, Cairo put on the kind of reception usually reserved for rock stars. Turkey’s Prime Minister was greeted at the airport by thousands of cheering fans, many holding aloft posters of their hero. Fusillades of flashbulbs turned night into day. Journalists eager for a quote thrust microphones into Erdogan’s face, but he was drowned out by the chanting throngs. “Erdogan! Erdogan! A real Muslim and not a coward,” went one incantation. Another: “Turkey and Egypt are a single fist.”

Totalitarian regimes routinely orchestrate massive, faux-spontaneous welcomes for visiting dignitaries, but the beleaguered interim administration in Cairo didn’t need to rent a crowd for Erdogan: the Turkish leader is genuinely popular across the Arab world. He was ranked the most admired world leader in a 2010 poll of Arabs by the University of Maryland in conjunction with Zogby International. His stock has soared higher still since the Arab Spring. In countries where young people have risen against old tyrannies, many cite Erdogan as the kind of leader they would like to have instead.

A good politician knows how to milk his moment: the Cairo visit was the first leg of Erdogan’s triumphant mid-September sweep through the newly liberated North African states. There were tumultuous welcomes, too, in Tunis and Tripoli. Then it was time for Erdogan to take a bow on the biggest stage. The trip culminated at the U.N. General Assembly in New York City, where President Obama, ignoring Erdogan’s recent criticism of U.S. policy in the Middle East and his flaming diplomatic row with Israel, lauded him for showing “great leadership” in the region.

It’s not every day that a U.S. President and the Arab street are of one mind. But like the throngs chanting Erdogan’s name (not all of them aware it is pronounced Erd-waan; the g is silent) in Egypt, Tunisia and Libya, Obama is hoping that the new governments emerging from the ashes of old dictatorships will look a lot like the one the Prime Minister has built over the past eight years. Erdogan has greatly enhanced Turkey’s international reputation, has reined in its once omnipotent military, has pursued economic policies that have trebled per capita income and unleashed new entrepreneurship, and has for the most part maintained a pro-West stance.

He has, it is true, also displayed an occasional autocratic streak, running roughshod over political rivals, tossing enemies into jail and intimidating the media. Many political analysts, in Turkey and the West, suspect his desire to rewrite the constitution is designed to amass more executive power. But to his admirers, these failings pale against his successes. Democratic, economically ascendant and internationally admired: as political templates go, Turkey’s is pretty irresistible to people shaking off decades of authoritarian, impoverishing rule — and for Westerners worried about what those people might do next.

But perhaps its greatest virtue, in the eyes of many Middle Eastern beholders, is that the Turkish model was forged by an Islamist: Erdogan and his Justice and Development Party — better known by its Turkish acronym, AKP — have traditionally drawn support from the country’s religious and conservative classes and are regarded with suspicion by secular absolutists. For Arab Islamists, Turkey’s success is proof that they can modernize their countries without breaking away from their religious moorings. Erdogan’s Western admirers see it the other way around: proof that political Islam needn’t be an enemy of modernity. And if any evidence were needed that Erdogan’s way leads to political success, the AKP won its third general election in June, by a landslide.

But can Erdogan’s way lead Egypt, Tunisia and Libya to the political stability and economic strength Turkey now enjoys? Erdogan claims to be ambivalent whether Arab states seek to emulate his success. “If they want our help, we’ll provide any assistance they need,” he told TIME in an interview during his visit to New York. “We do not have a mentality of exporting our system.” But he doesn’t deny reaching out to the potential leaders of the Arab Spring states: “I intentionally wanted to talk to the presidential candidates, the new political parties there, and I had the opportunity to get together with lots of people in order to grasp the situation.” 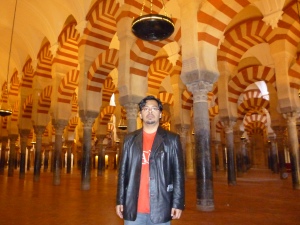 The Future of Legal Studies

Covid-19 and Future Scenarios of the Muslims World

Maqasid al Shariah, Between the Nas and Maslahah and the System’s Approach