Growth in study of Islamic finance

Growth in study of Islamic finance

The rise and continued growth of the Islamic finance industry has been well documented. The reports of 10, 12 and even 15 percent annual growth have captured the attention of those in conventional banking and finance. A number of Islamic banks are based in London, but the industry is mostly Malaysia and GCC-centric. I expect an increasing amount of non-Muslim Western students to study Islamic finance, as I did, in the coming years.

Interest in the Arab world among students was bolstered by the increased media coverage after the attacks of September 11, 2001. The US-led invasion of Iraq in 2003 and the re-emergence of al-Qaeda sowed the seeds of extremism in disenfranchised Muslim communities of Europe, resulting in terrorist attacks in a number of the continent’s capital cities. I believe that there will be additional correlation between the continuing global economic downturn and the number of graduates focusing on a career in Islamic finance, bolstered by the Arab Spring.

After studying Arabic and Middle Eastern Studies as an undergraduate, there were few career paths I could follow. There was translation or interpreting for those with an exceptional grasp of Arabic grammar, known as qawa’id, working for a NGO if you were willing to sacrifice two to three years to unpaid internships to get the relevant experience, or the Foreign Service if you were exceptionally good at passing online numerical and verbal reasoning tests. The majority of my fellow classmates didn’t consider the banking and finance route, as none of us had completed a relevant summer internship and couldn’t really see a genuine connection with our studies of the Arab world. We did, however, speak a number of languages, ranging from Arabic and Farsi to the French, German and Spanish of our studies at secondary school. This is where a postgraduate course in Islamic finance fits the bill.

I went on to study Islamic finance at Durham University in the United Kingdom, and I was the only white British, non-Muslim to do so, which was fantastic. Studying with Malaysians, Syrians, Indonesians and a number of fellow Europeans allowed us to compare notes on the financial crisis and to come up with potential remedies for a broken system. In addition, the ban on financial derivatives in Islamic finance makes the study of the subject slightly more straightforward than conventional finance, as options and futures contracts are some of the more difficult concepts to comprehend.

Critics of Islamic finance have stated that the label of “shariah” is not conducive to widespread development of the industry in Europe. They are known as “participation banks” in Turkey for this reason. Everybody in the industry is aware of the growth rates, the increasing issuance of Islamic bonds, called sukuk, and the continuing scandals that emerge out of the world’s financial centres such as London and New York that allow Islamic finance to market itself as a legitimate alternative system. However, opportunities in the field are scarce, and if the industry is to cement itself in the West, it must offer job prospects to graduates. Saudization and Emiratization programs in the Gulf that encourage nationals to work in the private sector place a further burden on Western graduates looking to work in the region.

But the rise of the Muslim Brotherhood in the Middle East, and especially North Africa, since the beginning of the Arab Spring may mean a boost to Islamic finance in the region. Egypt’s Brotherhood has stated that it wants to boost the market share of Islamic banks to 35 percent in five years, from the 5 percent as it currently stands. However, this may be difficult as Egypt does not have a law allowing sukuk sales and rating agency Standard & Poor’s has only assigned Egyptian government debt a “B” rating. The government paid an average yield of 13.6 percent on one-year local currency notes in the last week of September, a yield more than double what similarly rated Lebanon pays.

Meanwhile Tunisia, now governed by the moderate Islamist En-Nahda Movement, has stated that it will issue sukuk early next year as the country seeks to reform its banking sector and diversify funding sources. All in all, the success of moderate Islamist groups will be beneficial for the development of Islamic banking and finance in North Africa. However, these countries’ market share will be miniscule in comparison to dominance of the industry exercised by the Gulf states, supported by their seemingly perpetual wealth of natural resources that has fuelled the development of Islamic finance over recent years. 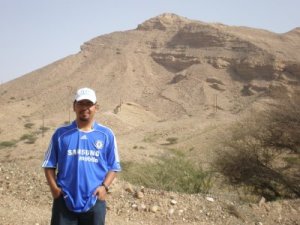 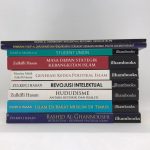 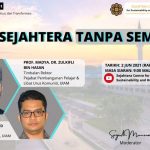 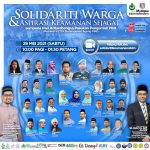 PrevPreviousMedina: Saudis take a bulldozer to Islam’s history
NextREFINING THE MISCONCEPTION OF APOSTASY IN ISLAMNext
SUBSCRIBE