Malaysia is on the way to becoming the Switzerland of Islamic banking.

While conventional banking continues to make headlines mainly for scandals, huge pay offs and bonuses, Islamic finance is growing by amazing 20 percent annually. It manages to attract non-Muslims worldwide as well as many countries have adopted and accepted this financial model. This phenomenon is also known to the people in the industry as “faith in finances”.

With this enormous potential, it is clear that there is a huge economic benefit to be sought from it. Out of all the Muslim countries that tried to chase this market, Malaysia seems to lead the way in Islamic finance by leaps and bounds. More than one-fifth of its entire banking structure is in fact Shariah-compliant that in itself is quiet an important statement. Just to note and compare that the average for other Muslim countries is barely 12 percent and many times much less.

Malaysia is far ahead of other competitors who were — and still are —involved with Islamic Finance like Turkey, Bahrain and the United Arab Emirates. Malaysia, however, dealt with this matter in a very strategic way for a relatively small country. It has a population that barely exceeds 30 million people with Muslims making up 60 percent of that number. The comparison with its large neighboring country, Indonesia, is fascinating. Indonesia, the world’s largest Muslim country with a population exceeding 220 million people, has only 4 percent of its financial products that ware Shariah-compliant.

Competition
Although size matters, and Gulf states — Saudi Arabia in particular — have huge Islamic banking portfolios, it is Malaysia by far which is the leader in the center of thoughts in Islamic finance. Malaysia realized early on that it cannot keep on competing strictly as an industrial hub with the strong competition from China, Korea and Vietnam so it decided to become a serious player in the financial-services sector, particular in Islamic Finance.

Its central bank set up two institutions which played a huge role to impose a Malaysian dominance in this field. The first one is the International Centre for education in Islamic Finance (INCEIF). With its student body exceeding 2,000 and with a good experience collected over the years since it was established in 2005, it is today the world’s leading university for the study of Islamic Finance. It houses the international Shariah Research Academy, a very dynamic body producing progressive opinions. The second institution is the Islamic Banking and Finance Institute of Malaysia (IBFIM) which focuses on vocational training.

Malaysia is on the way to becoming the Switzerland of Islamic banking. It is a new star to watch. 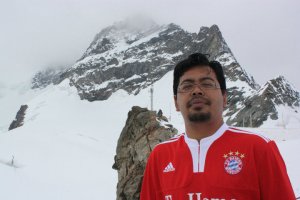