“A mind once stretched by a new idea never regains its original dimensions.” — Oliver Wendell Holmes

A close friend suggested that I present something on Islamic finance and the halal sector on TED Talks, and my immediate reaction was, “Huh, what’s the story?”

Background: I gave a presentation on Islamic finance at Bold Talks in Dubai in 2011, and Islamic finance cannot (today) compete for an audience’s sustained attention (not for long at least) when competing against presentations from an ex-prisoner and ex-guard from Guantanamo Bay, or facing the challenges of getting photos of environmental damage from the BP oil spill, or the battle of evil and good forces highlighted in the Stanford Prison Experiment, and other inspiring and insightful human stories.

Islamic finance may be about ethics, financial inclusion, equitable treatment, etc., but it has not resulted in a compelling human interest story yet. It has not changed disasters into happy or humane endings. It has not delinked from being “curious or press release news” to being part of the business section in newspapers.

Today, people ask, which Muslim country has eradicated poverty? Has it financed healthcare to reduce deaths of infants, increasing mortality rates and saving mothers in labour, say in African/Asian countries? Has it help finance a knowledge-based economy (via venture capital)? Has it rescued conventionally indebted people from foreclosure, fines or debtor’s incarceration? Has it financed to save the environment or even saved those affected from environmental disasters?

The answers to these questions are an article for another day.

After my presentation, no, it was not on prohibition against interest and pork, halal certification or the length of a scholar’s beard (before someone decides to comment that this is a rant on halal and being too Islamic), I got the customary polite golf clap, and left the stage feeling empty.

So, a re-do is not on the cards for TED Talks. But, there is a potentially more interesting angle and story for the TED Talks platform.

The TED website states: “TED is a non-profit organisation devoted to ideas worth spreading. It started out (in 1984) as a conference, bringing together people from three worlds: Technology, Entertainment, Design.” It goes on to say:

“We believe passionately in the power of ideas to change attitudes, lives and ultimately, the world …. building a clearinghouse that offers free knowledge and inspiration from the world’s most inspired thinkers, and also a community of curious souls to engage with ideas and each other.’

There are number of TEDs:

● TEDGlobal is the summer conference held in places like Oxford, Tanzania, and now its permanent home in Scotland.

● TEDIndia was about hosting events in countries that could lead regions.

● TEDWomen asking question on how girls and women ae reshaping the future.

OIC stands for Organisation of the Islamic Conference, 57 in all and with a total population of 1.8 billion-plus and combined GDP (at purchasing power parity, PPP) of US$7,740 billion (RM23,220 billion).

So why isn’t there a TEDOiC for the “man on the street” as an alternative to the glitz and glamour of the Swiss-based World Economic Forum (WEF), often held in places like Sharm el-Shaik, Egypt and Petra, Jordan. The OIC, as a whole, has yet to unleash its true potential as a “regional” bloc of countries or have a far-reaching impact globally. It has not been taken seriously by the world at large as well as in many parts of the Muslim world as they feel it has yet to deliver meaningful solutions for its constituents’ many unending challenges. Today, many of the Muslim countries are often the source of today’s many challenges.

This said, these challenges are really disguised opportunities, and when you bring the “world’s most inspired thinkers” onto one platform and give them 18 minutes to present not many audience members will leave early.

Imagine the world’s leading and respected thinkers congregating and doing mini-presentations on not the problems in the OIC, but possible ways forward? What a world of solutions we could congregate! If nothing else, it’s an approach that has yet to be tried, so we only have everything to gain and the status quo to lose.

Yes, it’s acknowledged, we have the important World Economic Islamic Forum (WEIF) and the OIC Forum, however, TED Talks is not an Islamic/Muslim platform, hence, the neutral credibility.

TED is owned by Sapling Foundation, a non-profit entity. The goal of the foundation is “… a belief that there is no greater force for changing the world than a powerful idea.” It goes on to say, “… An idea can be created out of nothing except an inspired imagination … weighs nothing … transferred across world at speed of light at virtually zero cost … when received by prepared mind, can have extraordinary impact … of the world … alter behaviour … and cause the mind to pass other ideas…”

The Muslim world is not in need of ideas, as there are many brilliant Muslims, young, old, men and women all included. What is needed is a neutral platform (in the tribal Muslim world) that sparks ideas into viable plans that get funded and eventually executed without pilferages, we hope!

The facilitators are the needed sparks and the TED platform can be the credible foundation to start this. But, the platform has to be hosted, akin to having a TED franchise in the first Muslim country (I believe).

Among the 57 Muslim countries, having visited about 20 of them, the time is right for TED Talks in Dubai or Malaysia. Malaysia, a multi-cultural, ethnic and religious society with a robust and vociferous (online) media, could be a better launch pad. There is a correlation between ideas and a “multi-party” democracy generating quality of life ideas and ensuing ideals.

This is an election year in Malaysia. Elections used to be about slogans in the early years, but now they are about the market place of ideas.

What a great opportunity to have global thinkers including those from Malaysia come to Malaysia and present blueprint ideas that build Malaysia, specifically, and the OIC, generally.

Shall I make the initial call to the good folks at TED Talks about Malaysia?

The second call is for a Malaysian thinker or friends of Malaysia (FoM) to join the TED Talks Brain Trust, to be with the likes of the founders of Google, Microsoft, Amazon, chancellor of Kabul University, and others.

Finally, in the words of William James:

“A new idea is first condemned as ridiculous and then dismissed as trivial, until finally, it becomes what everybody knows.” 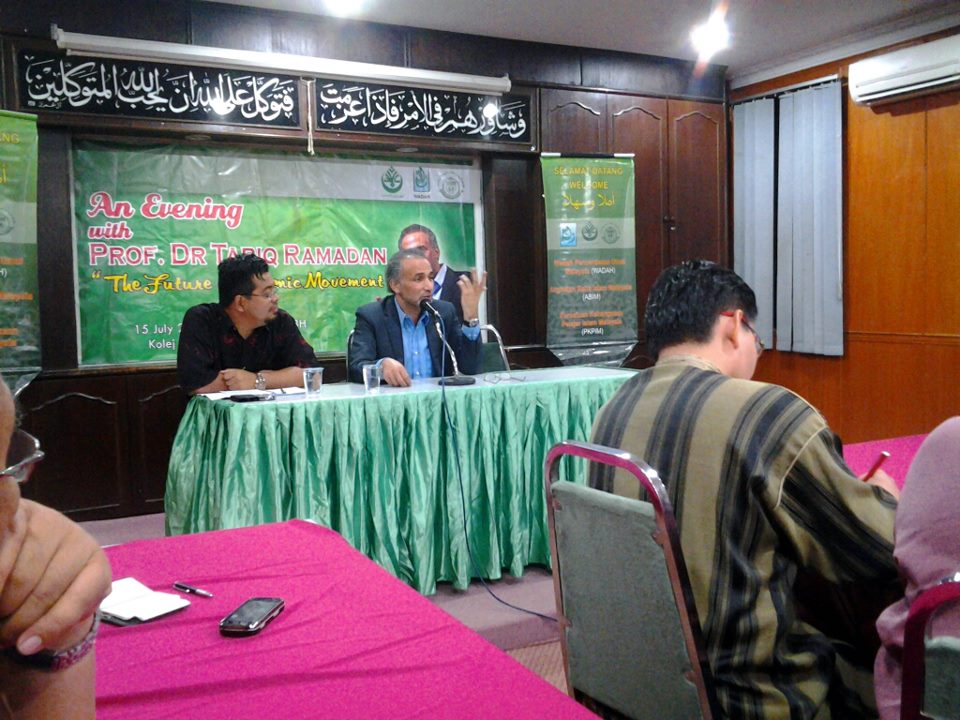 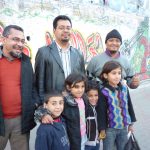