THE ROLE OF RELIGION BEFORE AND AFTER THE ARAB UPRISINGS

There are two schools of thought about the Arab uprisings, and both are inappropriate, mistaken and ultimately will prove to be counter-productive. The first is that the social, political, economic and cultural influence of Islam in Arab societies can only be understood through the prism of Islamist organisations. The largely Muslim protestors who have been the driving force behind the Arab awakening would like society to evolve in ways consistent both with tradition and the modern era. But that doesn’t mean western-style modernity and its ideas on freedom, democracy and knowledge.

“We are not finished with Islam,” warns Olivier Roy. It remains to be seen what the nature of Islamic society will be once the heat of the uprisings has cooled. Will it remain very different to that of West alterity, perpetuating a historical relationship founded on a balance of power, on trauma and tension? Or will it simply vanish, merging into what former Spanish Prime Minister José-Maria Aznar has called the “single civilisation of the civilized” that he sees as the ultimate stage of globalisation?

Given that globalisation of our economies, cultures and communications is generating crises that no society anywhere in the world can avoid, the key issue is twofold. Is the West, despite its strong culture and with all the means at its disposal, in a position to eliminate the tensions that plague the very order it has been instrumental in creating? Can other civilisations – China, India, South America and majority Muslim societies – contribute to building the future by offering another vision, other priorities and other goals? And in doing so, can they help to find solutions to global problems and reform our world?

The second of these two questions – seen from a point of view of Islam as a civilisation and as a religion – takes on its full importance. In the onrush of globalisation, with the blurring of familiar landmarks and with tensions proliferating, what can the Islamic reference hope to offer at a political, social, economic and cultural level? And what should be its ethical contribution? To recognise objectively that people are attached to Islam does not necessarily mean that the Islamic reference will automatically enable believers to break free from the restraints that in the past and the present have often held them back. Muslims need to use their faith, principles and guidance more constructively and creatively to determine how to live their lives with greater assertiveness and belief in themselves. It is critically important to feel confident and not be so defensive as to automatically play the role of the victim. We must avoid falling into the traps of fatalism and conspiracy theory to explain the Arab awakening.

In other words, can Arabs, and Muslims in general, emerge from the uprisings in such a way that they refuse to see the history of the Arab spring either in Western terms or as an instrument of Western power? Muslims must therefore reconcile themselves with their own traditions and ask themselves the sort of questions that will make it possible for them to define themselves in contemporary terms. The same reference must commit them to participating fully in history, making them active subjects endowed with free thought and masters of their fate.

The big question is how ready are Muslim populations to contribute fully to the debates and the challenges of our times? We are witnessing a profound Arab awakening that it is possible to get rid of dictators. Yet the situation remains unsettled in Tunisia, Egypt, Libya and above all Syria. The Islamists have won in Tunisia and Egypt, but they are facing attacks from within, especially from the Salafi groups trying to take advantage and gain popular support. There is clearly an internal religious struggle over who is the true “representative” of Islam. And there are also divisions among the Sunni Muslims that divert them from tackling priorities like education, social justice, economic stability and anti-corruption policies. At the regional level, the opposition between Sunni and Shia is having a dangerous impact with people falling into the sectarian trap in their attitudes to the civil war in Syria. Islam could provide a set of ethical values and principles that helps populations to reconcile their differences through their common legacy of history and culture. But instead of providing a common reference, it can also divide people and prevent them from moving on and addressing their true problems. We are now seeing religious populism spreading as Salafi literalists take advantage of an Islamophobic video that is resulting in blind violence and a rejection of the United States and the West. The non-violent and disciplined way in which millions of people chose to get rid of their dictators risks being lost to violent minorities who use emotional politics to create internal divisions.

Egypt is a good example, and itself faces a serious and complex situation. The violent clashes between opponents and supporters of President Mohammed Morsi have produced deaths and injuries just as Egypt should have been moving toward democracy and political stability, but the two years since late January 2011, when protests against Hosni Mubarak started, have witnessed increasing turmoil and confusion. Islamists and secularists are at each other’s throats. The emergence of the literalist hardliner Salafis, the shadowy role of the armed forces along with direct and indirect foreign involvement, have all combined to block Egypt’s attempts at normalisation. Never have democracy and stability seemed so far off as today.

By examining several key factors, though, we can still make some educated guesses about short- and long-term developments. Certain forces, particularly the Salafis, are doing everything they can to divert Egypt away from democracy. Some elements of the former regime like the armed forces and the secularists are working behind the scenes to increase tensions and undercut the new Morsi government. Their aim is to bring the country’s political transition to a halt. When President Morsi mentioned pressure tactics, plots and manipulation in a recent speech, he was describing the situation quite accurately. Some of his opponents are using manipulation and destabilisation tactics; others, populism and mass agitation.

The West should breathe a sigh of relief. The assumption of power by the Islamists may well offer them even more opportunities than under the former dictatorship. Little fault can be found with the pragmatism demonstrated by the Islamists in recent years, and their abandonment of some principles of political ethics has been eye opening. The latent power of the Islamist movements as an opposition force has turned to weakness since taking power: their obsession with recognition and national and international credibility has forced them to make a great many compromises and has trapped them in contradictions that sap their strength.

The paradox is striking: the dangerous political opponents of yesterday’s Egypt may in power become today’s weak allies. Weakened by authority and wielding objectively limited power, the Islamists find themselves facing political forces that include both Salafis and secularists and institutions, both financial and military, that undermine their ability to bring about reforms. The outlook could not be more serious: far from there being a genuine Arab spring, the Middle East as a whole has shown no awareness of transnational political imperatives. On the contrary, nationalist and sectarian ideologies are handing Arab countries over to foreign powers and their interests.

Religion is everywhere in the wake of the Arab uprisings, but not in the best way. The Middle East is going through a very difficult time with all the Muslim majority countries being destabilised. So it is up to the elites in Arab society to take responsibility in facing up to these challenges. Without the commitment and determination of religious scholars, intellectuals and business leaders, there is little doubt that Muslim majority societies will head for an upsurge of religious populism. Yet there is hope, providing Arabs and Africans can harness positively their history and their religious and cultural references, their language and their singularity. 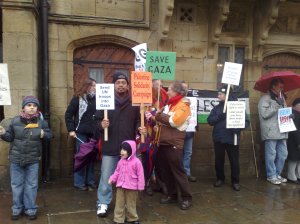 Bring Back the Spirit of Merdeka

Merdeka of the Spirit, Heart and Mind

Cosmopolitan Reform for the Future of Malaysia